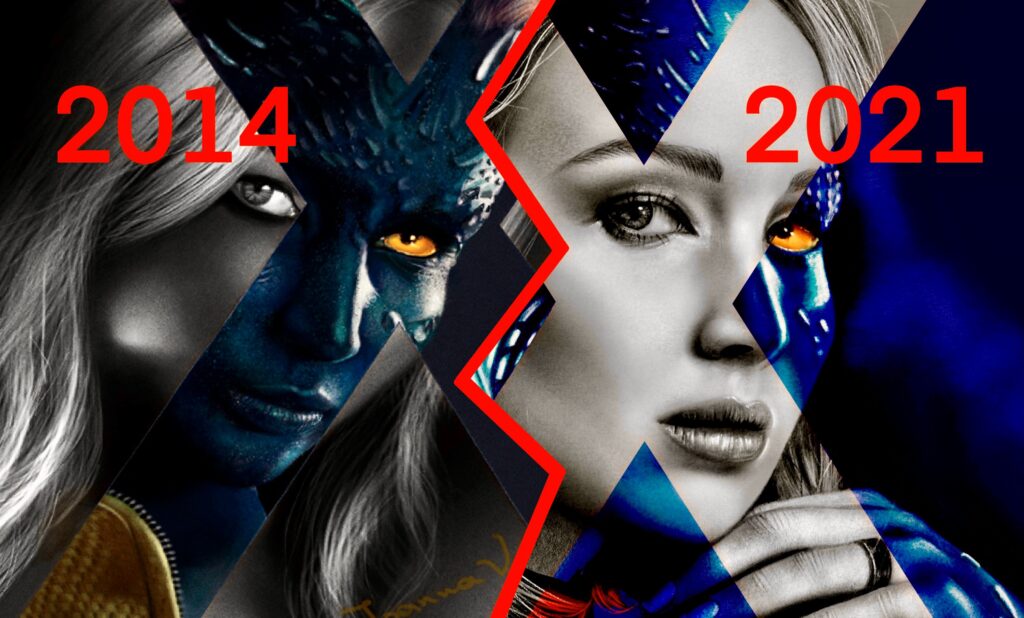 Once upon a time I was a BIG cinema nerd. I am not any longer. I don’t know exactly what happened and how it happened, I just took a break from cinema when I had my two kids, and then, when I tried to come back, everything had changed. The cinematic scene wasn’t the same any more (TOO many special effects, to the point that we lose the … well… point!) Maybe technology hit a critical point, maybe it was just me. Maybe I grew up. (Although, oh my Gosh, I hate this word! 😆)

Why I am sharing all these? Well, because I think X-Men, and especially X-Men: Days of Future Past, were among the last movies that, while epic, they were not so over-flooded with over-the-top special effects to the point that we …lose the point.

When Days of Future Past hit the theaters, I was so in awe, I was inspired to create a series of drawings, some of which remain among my favorites to this day. One of them is the following:

An x-shaped design of Jennifer Lawrence / Mystique. Painted in 2014, in photoshop, with a Wacom intuos tablet. (I’m sorry for the crappy quality, it looks like the original file is lost. 😢 This one here, is right from my social media at that time) Ok, before I start commenting on my old work, I’ll show you the new one and then compare the two of them. So, fast forward to 2021.

The 2021 version was created on iPad Pro, in procreate app. Again an x-shaped design, though different this time.

To be honest, now that I look back, I am pretty amazed with my 2014 self. In 2014, although I was just starting out with digital painting, my technique was at its peak. I was practicing every single day, I was obsessed with attention to detail (which is not always a good thing, sometimes you miss the forest for the trees) and I was spending many many long hours on a single artwork.

Now in 2021 I don’t draw as much as I used to, or as much as I would have liked. I have a day job, two kids and no time. (Did I mention the COVID-19 situation? Oh, I didn’t?? Put that too into the equation) My technique has deteriorated, I don’t spend many hours on a single artwork. I don’t pay attention to details like I used to (sometimes willingly, sometimes unwillingly) and when I manage to find some time to draw, it is usually midnight, when I am dead-tired and my ability to focus is limited.

In short: I did. My hands are not as “strong” as they used to be, but my mind (and my will) is stronger than ever. Now, I feel that I do not need to prove something to the world, or to me for that matter. I know my limits and my flaws and I am in peace with them. Art begins with self awareness, and sometimes improvement comes from within, when you least expect it. You don’t always need to practice physically to see physical results.

Enough rumbling for now. To sum it up, a piece of advice to all my artist-friends: Never compare yourself to others. Just to your old self. (And that in moderation! 😉) 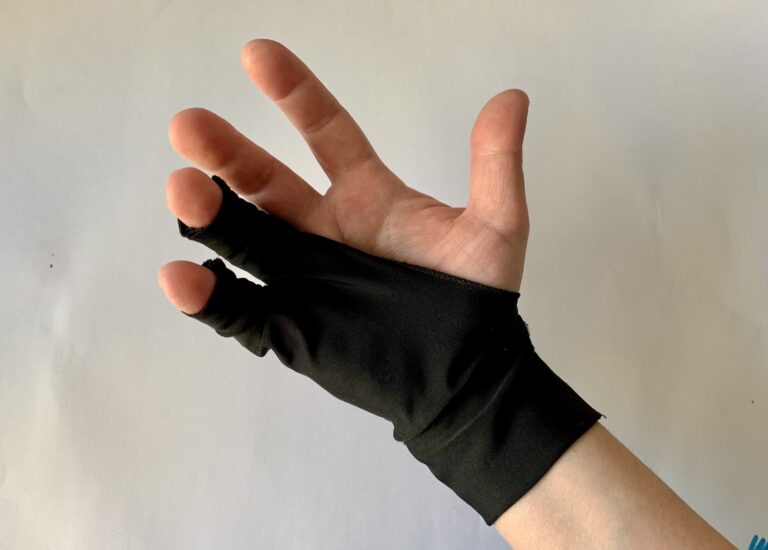 Do you need an Art Glove

A rant today, did you miss those already?? I lost my art glove the other day. Good news, I found 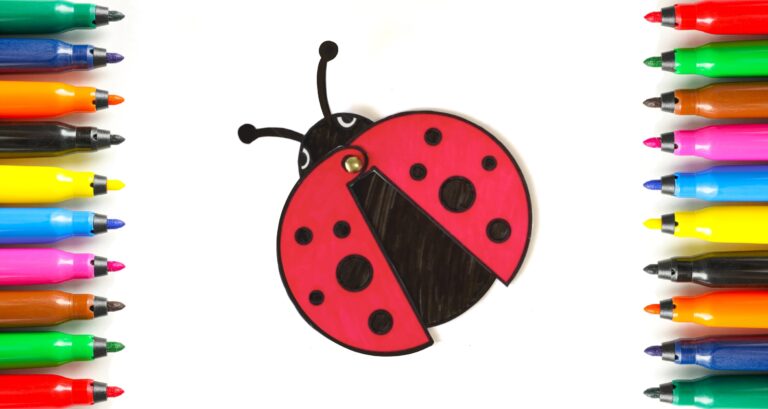 Check out here the rest of my kids crafts and coloring pages. To download this template, scroll down. I don’t 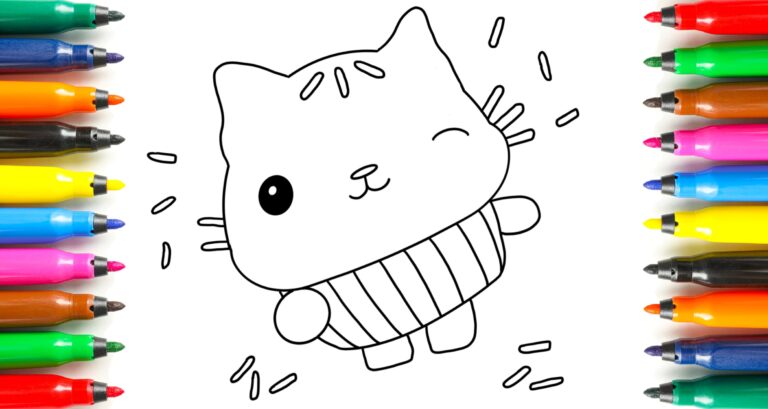 Check out all of my coloring pages here. If you are watching Netflix, chances are that you have come across